Home
Blog
How to Quote Someone in an Essay

How to Quote Someone in an Essay

Using direct citations in your academic paper or extended essays topics is the best way of substantiating your thoughts with solid proof and enhancing the credibility of your arguments. In addition to that, quotes are also very useful for proving the subject or the thesis of your essay. Nevertheless, your paper won’t be taken seriously unless you use citations adequately. To do so, you can either use the MLA quoting style or go for the APA style. Keep in mind that unless you mention the original writer when including a citation, your work will be regarded as plagiarized. After you insert the citations in your paper, you need to add a bibliography section at the very end. If wish to find out how to add citations to an academic paper, read on. We’ve listed out all of the steps you need to take to use the MLA and APA quotation styles.

How to Use the MLA Quotation Style

When using the MLA (Modern Language Association) formatting style in an essay, you need to indicate the writer’s name, as well as the number of the page you've taken the material from (for printed sources). When quoting poems, the number of the page will be replaced by verses. As opposed to APA style, you aren’t required to mention the year of the citation in the paper itself. However, you still have to mention the date in a comprehensive bibliography section at the end of the paper.

When using the MLA style, a fragment that includes less than 4 lines of narration or 3 verses of a poem is regarded as short. In case you wish to include such a citation, you have to take the following steps: 1) use double quotes on the fragment, 2) mention the writer’s last name, and 3) indicate the number of the page. When it comes to the writer’s last name, you have two options: you can either mention it before the citation or add it in brackets after the citation. The number of the page, which has to be placed at the end of the quote, doesn’t need to be accompanied by the letter “p” or any other symbol.

Keep in mind that before adding a quote, you need to say a few things about it using your own words. If you add a citation without presenting it properly, your audience will have trouble understanding your point. Write a couple of ideas to present the context and then proceed by adding quotation marks to the fragment. The next step is mentioning the writer’s last name and the number of the page in brackets. When finalizing the phrase, add a period. To understand the process better, take a look at our example:

Certain critics believe that literature “is heading in a wrong direction nowadays” (Johnson 145).

As an alternative, you can mention the writer’s last name in the text. This way, you won’t need to add it between brackets at the end of the sentence. Here’s an example:

Johnson claims that “individuals who enjoy literature are more open-minded towards other people” (59).

Another way to do this is by presenting a fragment, quoting it and then making additional comments regarding the quote, as exemplified below:

A lot of individuals think that “literature is pointless nowadays,”(Johnson 33), while many others claim the exact opposite.

In case that the original fragment includes a punctuation mark, you’ll also be required to add it in the quote, similarly to the following example:

The main character always likes to say, “What a great day!”(Johnson 95).

When quoting a poem, you need to write the specific verses, separated by the following symbol: “/”. Here’s an example:

As pointed out by Johnson, “Nothing is nicer/than a dog yawning” (6-7), and a lot of people who like dogs would agree with him.

In the MLA citation style, a fragment that includes over 4 lines of narration or 3 verses of a poem is regarded as lengthy. If you need to add such a quotation to your literary essay topics, you’ll be required to insert the fragment in separate chunks of text. Moreover, you mustn’t use quotation marks. The citation can be introduced by using a line of text as well as a colon. The only part that must be indented is the first line of the fragment. You need to use a one-inch indentation from the left side of the page. The double spacing must not be modified. At the end of the fragment, you can add a period, followed by the writer’s last name and the number of the page in brackets.

Here is an instance that illustrates how a lengthy fragment can be introduced and quoted:

In the collection of linked short stories “The Things They Carried”, the author points out to the harsh reality of war, emphasizing the idea that nothing good can ever come from it:

If at the end of a war story you feel uplifted, or if you feel that some small bit of rectitude has been salvaged from the larger waste, then you have been made the victim of a very old and terrible lie. There is no rectitude whatsoever. There is no virtue. (O’Brien, 68)

If you wish to quote more than one paragraph, you need to use block citations, regardless of the particular length of every fragment from those paragraphs. You ought to use an indentation of an additional quarter inch on the initial line of every paragraph. When you wish to move on to a new paragraph, you have to utilize ellipses (…) at the end of the one you’re currently dealing with.

When you need to quote an entire poem or a fragment from a poetry, you ought to preserve the original formatting style of the verses. This way, you’ll be able to transmit the genuine signification. To understand this, take a look at the following example:

Maya Angelou transmits a truly empowering message in her poem, “Still I Rise”:

You may shoot me with your words,

You may cut me with your eyes,

You may kill me with your hatefulness,

4. Insert or leave out words in citations.

This may be helpful when you are required to modify the significance of the quote to some extent, for the purpose of providing an adequate context or eliminating certain parts that may be irrelevant to your ideas. Keep this in mind while your toefl essay topic. Take a look at the following examples that illustrate the way in which you need to add the citation in both situations:

Use the symbols “[” and “]” to “introduce” your own words to offer information regarding the context of a citation:

Use ellipses (…) when you wish to leave out a fragment that is irrelevant to your paper. Here’s how you do it:

Johnson thinks that a lot of college students “don’t regard teaching as an activity … as serious as management”(67).

5. Quoting more than one writer.

When you wish to quote a fragment that has multiple authors, you’ll be required to use commas as well as the conjunction “and” between their names. Here’s an example:

According to the findings of a lot of researches, MFA programs “constitute the best way of aiding amateur writers in becoming successful”(Johnson, Lloyd, and Robinson 94).

Quoting fragments from online websites may be a bit more difficult, as you won’t have any page numbers. Still, you have to try and gather as much data as possible. For instance, you may find the author’s name, the date or the title of the online article or paper. Take a look at the following examples:

A particular movie expert claimed that Avatar was “the worst movie in the history of Hollywood”(Johnson, “Movie Reviews”).

How to Use the APA Quotation Style

When you want to quote a brief fragment (less than 40 words), you need to add the writer’s last name, the year of publication, as well as the number of the page (preceded by “p.” to highlight it) within the citation. Here are some examples that illustrate this:

He also mentioned, “Gym training is better than doing exercises at home, in what concerns the efficiency”(Johnson, 1999, p.74).

When you want to quote a lengthier fragment using APA style, you’ll need to introduce it in a standalone block of text. You have to start the citation on a new row. Moreover, you need to add an indentation of 0.5 inches from the left part of the page. Afterwards, you need to add the entire fragment while preserving the same margin. If the fragment includes more than one paragraph, you should add an additional indentation of 0.5 inches for each new paragraph. Your citation must also include double spacing. Stick to the same rule that we mentioned when we talked about brief fragments – indicate the writer, year, and page number. You can either do this in the introduction or the body of the citation. Take a look at our example:

Students who went to the gym every day throughout an entire month were able to interact better with their peers and professors and feel more relaxed regarding their grades and day to day chores. (68-71).

When you want to paraphrase a fragment in APA formatting style, you have to indicate the writer, the year, and the number of the page, as shown below:

Johnson thinks that gym training is great for both the organism and the mind (1999, p.58).

4. Quoting fragments with more than one author.

In case you want to cite a fragment that has multiple authors, you’ll be required to use the “&” sign to separate the surnames of the 2 writers. Moreover, you should add the authors in alphabetical order. Take a look at the following example:

The study revealed that “people who go to the gym on a daily basis have better sleeping patterns”(Johnson & Williams, 2002, p.72).

5. Quoting fragments from the Internet.

When adding a quote from an online source, you need to search for the writer’s last name, the date as well as the number of the paragraph (not that of the page), as exemplified below:

In his article, Johnson stated that “There are way too many online blogs nowadays”(2016, para.4).

According to the findings of the research, students who are assisted with their homework have better results (“School Advice,” n.d.). 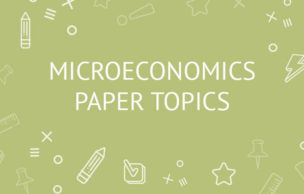 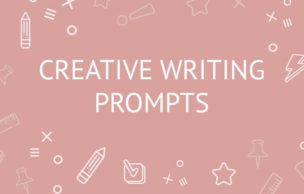