Home
Blog
Why Is College So Expensive?

Why Is College So Expensive?

We understand why college tuition fees costs are increasing every year. Tuition fees don’t differ by level. They just keep on increasing whether you’re sending your child to nursery, high school, or college.

Try to check the information given by the Bureau of Labor Statistics, you’ll see that the indexes are growing. It doesn’t matter if it’s either accommodation or recreation, you’ll just end up paying higher prices as time progresses. But compared to consumer prices and house prices, they grow much faster than the average hourly wage. Meanwhile, the prices for college tuition fees and educational supplies increase at a faster pace.

This 2018, tuition fees are very much expected to grow. For example, the tuition fee for Brown University today is around $51,366. Next year, the estimated tuition fee could reach to $53,468. And for all Ivy League institutions, fees are expected to increase from $50,268 to $52,259 by next year. Why? Go ahead and ask a student or a parent that has a child studying in college, and they will answer the same thing that college fees are insanely increasing as time goes by. In this review, we’ll get to know better why this is happening.

What makes college so expensive?

1. Inflation is one of the reasons

If you notice, your parents are paying higher bills for electricity, water, fuel, food, clothes and much more. As of January 2017, wages in the U.S. grew by 4.47% compared to January of last year. This just means that all universities are focusing on paying more to their staffs. In addition, their daily expenses and other bills are also getting higher. In order to solve that problem, they resorted to increasing tuition fees. Are you familiar with the policy of tenure? A lot of universities provide their professors an employment for life after their probation period. That’s regardless of their performance. These have become a contributing part of the increase in tuition fees today.

Let’s base again the information given by the Bureau of Labor Statistics. When you look at the educational achievement rises, the unemployment chart also decreases and the earnings increases.

3. Most universities compete with each other

We are aware that all universities in the U.S are competing with each other. These universities don’t mind on how many employees they get every year. This industry is just similar to other sectors, and student’s acts as the customers. However, they only compete to be number one. This competition costs a lot of money.

Even though our country survived from the great recession, the state continues to fund higher education level below pre-recession category. All states except Wyoming, Wisconsin, North Dakota, and Montana, were funded less per student during the 2015-2016 school year. If you compare the per-student funding support when the recession started, the current rates fell by more than 30% in nine states. So another reason why university tuition fees are increasing every single year is that they are now receiving less financial support from the state governments.

As a result, many students are now in debt

You may have already understood why college tuition fees are getting higher every year. However, are you receiving the value that your parents are paying for? It’s sad to say that not all students are receiving all the value that they deserve to get for their hard earned money. And here’s another major problem that is rising nowadays. Every student is drowning in debt during their college years. To support that statement, the national student loan has already reached over $1.4 trillion. That’s already big, isn’t it? That already surpasses the entire credit card debt in the United States. Every loaner from the 2016 Class owes around $37,172.

It’s very difficult to predict when will this trend end, but currently, we don’t have any choice but to follow their rules. But if the time comes that other families can no longer send their children to school due to expensive tuition fees, universities would probably decrease their tuition fees. 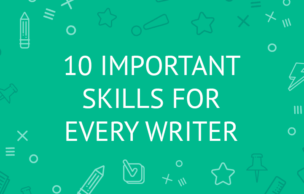 Copyright © EliteEssayWriters 2020 All Rights Reserved
Look here!
Don't forget to Grab Your Bonus!
15%OFF On your order
Time is up!
It's a lifetime discount time!
15% off
Save this discount code:
15OFFNOW