Home
Blog
How to Create a Persuasive Essay Outline

How to Create a Persuasive Essay Outline

A persuasive essay is intended to convince your reader that a particular idea is the absolute truth or that a specific point of view is the only one possible to take. Contrary to argumentative essays where you argue a point by presenting as many supporting facts as possible and refuting any evidence that could favor an opposing view, persuasive essays are not exclusively reliant on facts. In truth, facts are not even a mandatory requirement for writing this type of essay. They are helpful, as is everything that aids you in persuading your audience in the validity of your claims. Emotionally-loaded sentences, at least partially based on factual evidence are the best means to this particular aim.

You can write a persuasive essay on any topic about which you feel strongly or have a stand, which is either pro or con a specific issue. If you have a personal stake in the matter, you will be able to argue it more convincingly. There can be no middle ground in persuasive essays, you cannot acknowledge the possible benefits of the opposing view, and your goal is to show that your road is the only conceivable one to take. If in doubt, you can always try watching political campaigns from any previous elections, the politicians are the absolute masters of persuasion. They have perfected the skill of convincing their voters of practically anything. Is everything they claim the absolute truth? Not necessarily. Try taking some pointers from them when planning to write a persuasive essay.

As in any essay type, writing an outline precedes composing the actual essay and allows for your thoughts and ideas to be organized in a structured way. The outline envisions all elements your future essay will have and the way they will be systematized.

All reasons drafted in the outline of the body paragraphs should have one or more of the following features: indisputable logic, strong moral grounds, and/or potential to elicit an emotional reaction. They can be either backed up by scientific or other evidence, ethical considerations or emotionally charged arguments. Be careful to include only one reason in a paragraph. Presenting multiple reasons simultaneously could confuse the readers and make them uncertain of the message you're trying to get across. So take note: one reason per paragraph is the standard.

The conclusion serves the purpose of solidifying your argument and making an impression on your readers. You should write it in a way that makes it extremely hard to say no to. Rejecting your initiative should be guilt-provoking, therefore making members of your audience prone to accept it just to feel good about themselves. As mentioned before, persuasive essays are not just about facts and evidence. They are emotionally loaded and based on sound ethical grounds. This often proves decisive in tipping the scale in the desired direction.

The goal of an outline for writing a persuasive essay is to organize your thoughts and feelings on the subject, to think of the best ways to address your audience, and to determine which arguments you could use with most effect. To be successful, you will not just pile up ideas and overwhelm your readers with unorganized material that is hard to follow. If you want them to support your claims or initiatives, these need to be presented in a structured and logical way, which is precisely what an outline is for. 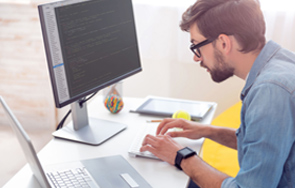 How to Write an Argumentative Essay Conclusion 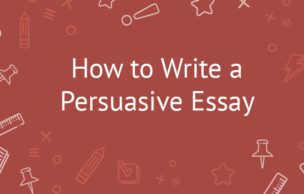 Copyright © EliteEssayWriters 2020 All Rights Reserved
Look here!
Don't forget to Grab Your Bonus!
15%OFF On your order
Time is up!
Best Price Guarantee!
Do you need
professional academic help in writing